Researchers for the first time analyzed genes in more than 34,000 people with glaucoma across multiple ancestries and found 44 new genetic variants that may lead to new treatment targets.

In the largest genome-wide association study of glaucoma comparing the genes of 34,179 people with the disease to 349,321 control subjects, an international consortium of researchers identified 44 new gene loci and confirmed 83 previously reported loci linked to glaucoma. Loci are considered “genetic street addresses,” denoting a specific location on a gene.

The study’s authors hope the identification of these genes will lead to new treatment targets for this incurable eye disease that is a leading cause of blindness worldwide. 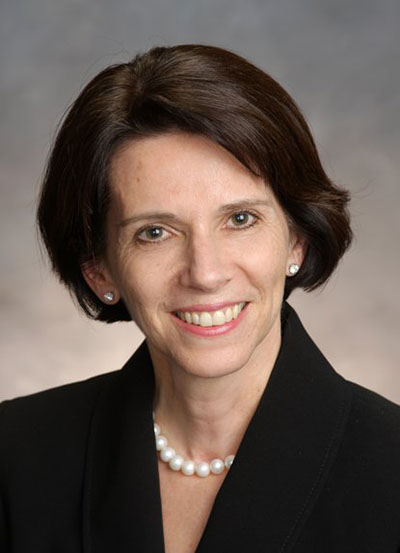 “These new findings come out of the highest-powered genome-wide association study of glaucoma to date, and show the power of team science and using big data to answer questions when research groups around the world join forces,” said co-senior study author Janey L. Wiggs, MD, PhD (pictured), Associate Chief of Ophthalmology Clinical Research at Mass Eye and Ear, and the Paul Austin Chandler Professor of Ophthalmology and Vice Chair of Clinical Research at Harvard Medical School. “The number of genes identified will lead to the discovery of new biological pathways that can lead to glaucoma, and in turn, new targets for therapeutics,” added Dr. Wiggs, the Associate Director of the Ocular Genomics Institute at Harvard Medical School and a member of the National Academy of Medicine.

The findings were published February 24 in Nature Communications.

Glaucoma affects more than 75 million individuals worldwide, including about 3 million people in the United States, and these numbers are expected to increase with the aging population. Glaucoma causes irreversible damage to the eye’s optic nerve. This damage is often painless and hard to detect as it begins, but over time can lead to vision loss. Primary open angle glaucoma is one of its most common forms of the disease and is highly hereditary, but the genes involved in the disease have been poorly understood.

For the first time in a glaucoma genome-wide association study, a cross-ancestry comparison was performed looking at genetic data from people of European, African and Asian descent. The researchers found the majority of loci that contribute to glaucoma were consistent across all three groups. Previous studies had mostly looked at gene data from people of European descent.

“Glaucoma rates are highest in African and Asian ancestry groups, but the largest genetic studies of glaucoma in the past focused on people of European ancestry,” said lead author Puya Gharahkhani, Associate Professor in the Statistical Genetics group at QIMR Berghofer Medical Research Institute in Australia. “Those studies showed genetic tests could be used to help identify who would benefit from sight-saving early monitoring or treatment, but because of the narrow scope of the genetic data, we weren’t sure until now that the genetic indicators were true for people of different ancestries.

The cross-ancestry data improved fine-mapping of causal variants linked to glaucoma. By integrating multiple lines of genetic evidence, the researchers implicated previously unknown biological processes that might contribute to the development of the disease.

Future initiatives for the research group will focus on using these genetic loci to improve screening and diagnosis of glaucoma, and one day, to develop new treatments.

Previous studies from the group used genes identified to develop polygenic risk scores, which are estimates of a person’s disease risk. This new study can add a larger collection of genetic variants to improve this risk score’s specificity. Such information can be important for screening patients who might be at risk for glaucoma, and for allowing patients with glaucoma to better understand their disease course based on their genetic profile. Studies are planned to identify how patients at higher genetic risk fare clinically, such as determining if polygenic risk score is linked to a need for eye drops or surgery.

Another future avenue for the research is identifying new causal genes and mechanisms for glaucoma, and using that information to develop therapeutic approaches to target those genes. The risk loci identified include genes that are highly expressed in relevant eye tissues, nerves, arteries and other tissues related to glaucoma.

Current glaucoma treatments are aimed at reducing eye pressure in order to slow the disease’s progression and prevent permanent damage to the optic nerve, however no treatment can stop or cure glaucoma. While some current clinical trials are looking at treatments for certain genes, these new findings might increase the amount of targets and more precise treatments. 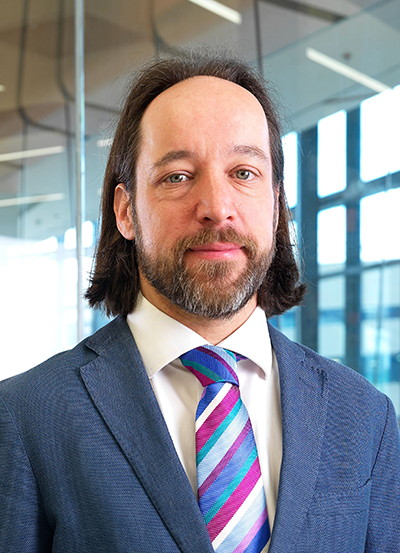 “Glaucoma is one of the most strongly genetic human diseases, which is why we are looking at the genetic architecture of the disease to find clues on how to prevent and treat it,” said Professor Stuart MacGregor (pictured), the head of QIMR Berghofer’s Statistical Genetics group and co-senior researcher on the study. “We’re hopeful that understanding the biological processes and knowing which genes control them could help scientists develop new drugs in the future.”

In addition to Dr. Wiggs, a Mass Eye and Ear co-author on the paper is Ayellet V. Segrè, PhD, a genetic biostatistician and Assistant Professor and member of the Ocular Genomics Institute at Harvard Ophthalmology.

About Mass Eye and Ear

Massachusetts Eye and Ear, founded in 1824, is an international center for treatment and research and a teaching hospital of Harvard Medical School. A member of Mass General Brigham, Mass Eye and Ear specializes in ophthalmology (eye care) and otolaryngology–head and neck surgery (ear, nose and throat care). Mass Eye and Ear clinicians provide care ranging from the routine to the very complex. Also home to the world's largest community of hearing and vision researchers, Mass Eye and Ear scientists are driven by a mission to discover the basic biology underlying conditions affecting the eyes, ears, nose, throat, head and neck and to develop new treatments and cures. In the 2020–2021 “Best Hospitals Survey,” U.S. News & World Report ranked Mass Eye and Ear #4 in the nation for eye care and #6 for ear, nose and throat care. For more information about life-changing care and research at Mass Eye and Ear, visit our blog, Focus, and follow us on Instagram, Twitter and Facebook.

The Harvard Medical School Department of Ophthalmology is one of the leading and largest academic departments of ophthalmology in the nation. Composed of nine affiliates (Massachusetts Eye and Ear, which is home to Schepens Eye Research Institute; Massachusetts General Hospital; Brigham and Women’s Hospital; Boston Children’s Hospital; Beth Israel Deaconess Medical Center; Joslin Diabetes Center/Beetham Eye Institute; Veterans Affairs Boston Healthcare System; Veterans Affairs Maine Healthcare System; and Cambridge Health Alliance) and several international partners, the department draws upon the resources of a global team to pursue a singular goal—eradicate blinding diseases so that all children born today will see throughout their lifetimes. Formally established in 1871, the department is committed to its three-fold mission of providing premier clinical care, conducting transformational research, and providing world-class training for tomorrow’s leaders in ophthalmology.