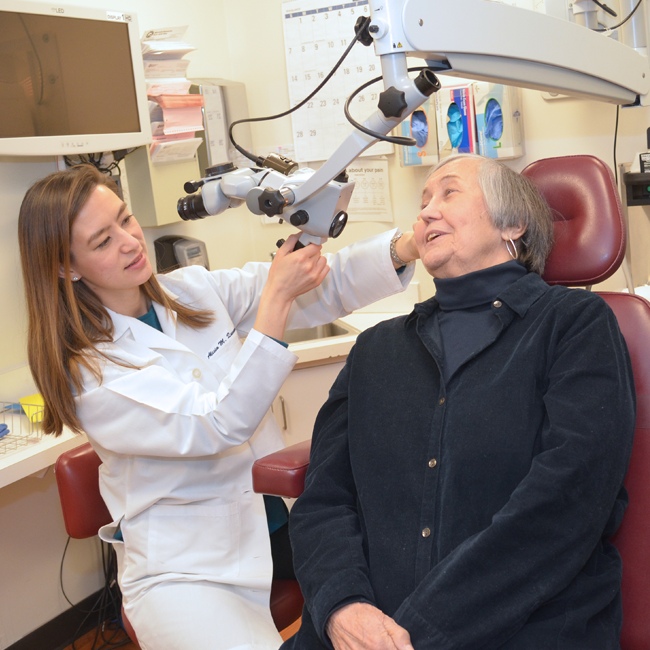 Help find new cures for ear problems by donating your temporal bones to scientific research. Millions of people around the world suffer from hearing and balance disorders. The Registry is a non-profit research organization seeking new knowledge to help such individuals. Learn more about our temporal bone donation program today.

Give the Gift of Hearing and Balance

Mass. Eye and Ear is home to the National Temporal Bone, Hearing and Balance Pathology Resource Registry (the Registry), a non-profit organization that promotes research on hearing and balance disorders. Human temporal bones are an invaluable resource for learning about the pathology and pathophysiology of otologic disorders.

Established in 1992 by the National Institute on Deafness and Other Communication Disorders (NIDCD) of the National Institutes of Health (NIH), the Registry serves as a resource for the public and the scientific communities about the research being done on the pathology of the human auditory and vestibular systems.

It was created to continue, and expand on, the work of the former National Temporal Bone Banks Program, which was formed in 1960 by the Hearing Health Foundation, formerly known as the Deafness Research Foundation, and the American Academy of Ophthalmology and Otolaryngology to encourage temporal done donation.

Today, it is the home to more than 12,000 temporal bone cases, which scientists from around the globe analyze in order to find new treatments and cures for problems associated with hearing, balance, and the facial nerve.

Temporal bone research and how to enroll as a donor

The Registry's national office is located at Massachusetts Eye and Ear in Boston, Massachusetts. We work closely with each of the nation's 23 temporal bone research laboratories, including:

The Registry provides the following resources and services:

The Registry is supported by NIH Cooperative Agreement U24DC013983 from the National Institute on Deafness and Other Communication Disorders.